In conjunction with PRMIA, at this event, industry experts will discuss the use of dynamic forecasting, predictive and optimizing platforms based on advisory robots and ML/AI techniques. Please plan to join us and learn about positively impacting your business results. Presentations will be followed by networking and cocktails. 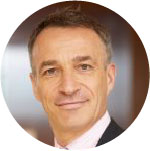 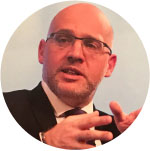 Mr. Olivier Irisson has been the Group Chief Financial Officer at Groupe BPCE since November 1, 2013. Mr. Irisson is responsible for Finance, Risk and Operations and a member of the Groupe BPCE Management Board. He began his career in 1994 at Cetelem (a subsidiary of the BNP Paribas Group) before joining PricewaterhouseCoopers (PwC) in 2000 as a man the Financial Risk Management division. He served various positions within the Risk Department before being appointed to the Management Committee in 2006 in his capacity as Director of the Risk and Capital Measurement System Department. He has been BPCE – Permanent Representative Director of Compagnie Financement Foncier SA since September 29, 2018. He joined BPCE in June 2010 as Deputy Director of Group Risks. Since June 2013, he served as Director of Group As Liability management within the Group Finance Division. In 2002, he joined Société Générale to assume responsibility for credit risk modeling activities. He serves as Chairman at BPCE SFH Société Anonyme. He served as a Represented Director at Compagnie de Financement Foncier since March 28, 2011, until March 20, 2017, and BPCE SFH Société Anonyme since December 19, 2013. He was awarded a degree from the University of Paris Dauphine - majoring in Finance and Management Control. He holds a post-graduate diploma (DESS) in Strategy, Planning and Management Control and Ph.D. in Management Science.