A core choice for a new legacy

Community banks and credit unions need a core system that can serve their needs as they change. Yet there is fear around changing core systems: fear of being paralyzed while the change is underway, fear of business disruption, fear of overhauling internal processes, and fear that it won’t be worth it in the end.

Those fears were realistic in the past, but things have changed. Replacing a legacy core system isn’t simply a nice idea; it’s a necessity to keep relevant.

Open banking, microservices architecture, platformification, and access to more efficient cloud hosting make core replacement far more valuable. Not only that, a 40+ year old core keeps the bank or credit union stuck in the past, unable to fully embrace the platform world and the ever-evolving introduction of emerging technologies.

It’s time to leave your legacy core and move into the future.

Prevailing in an industry forever changed, Part 2: Overnight transformation and the impact on cloud and core 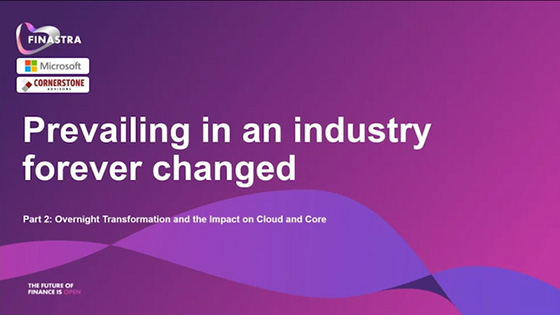 For community banks and credit unions,

Fusion Phoenix is the core choice.

Learn how Fusion Phoenix helps financial institutions like yours.

"The reason we selected (Fusion Phoenix) was due to its open architecture, the ease of use, the intuitiveness of the system, and the fact that other legacy systems that we had run before took a specialist to pull data out of the system."

"With Fusion Phoenix at the core of our operations, we can harness the latest technologies to retain existing members and attract more people to sign up for our products and services."

What questions can we answer for you?